The Saints forward poked home Gaston Ramirez's header in the 86th minute before being sent off for two bookable offences in stoppage time.

Belgian Benteke powered James Milner's pin point cross in to the top right hand corner late in the second half, just when Southampton looked to be gaining momentum in the game.

Following Liverpool's three games this week, the visitors sought to soak up pressure and hit Liverpool late on, but Benteke's excellent header saw Southampton instead chasing the game late on.

Manager Ronald Koeman had just brought on Juanmi for Jordie Clasie, and threw on Ramirez for Steven Davis with his team behind with only four minutes remaining. The change worked, with the Uruguayan providing an assist for Mané's late equaliser.

Ramirez, who hadn't played for Southampton in 422 days, rose at the back post and headed the ball into Mané who bundled it over the line. So often unlucky with injuries and unable to cement a place in the team he will hope to get further chances after again showing glimpses of his unique talent. 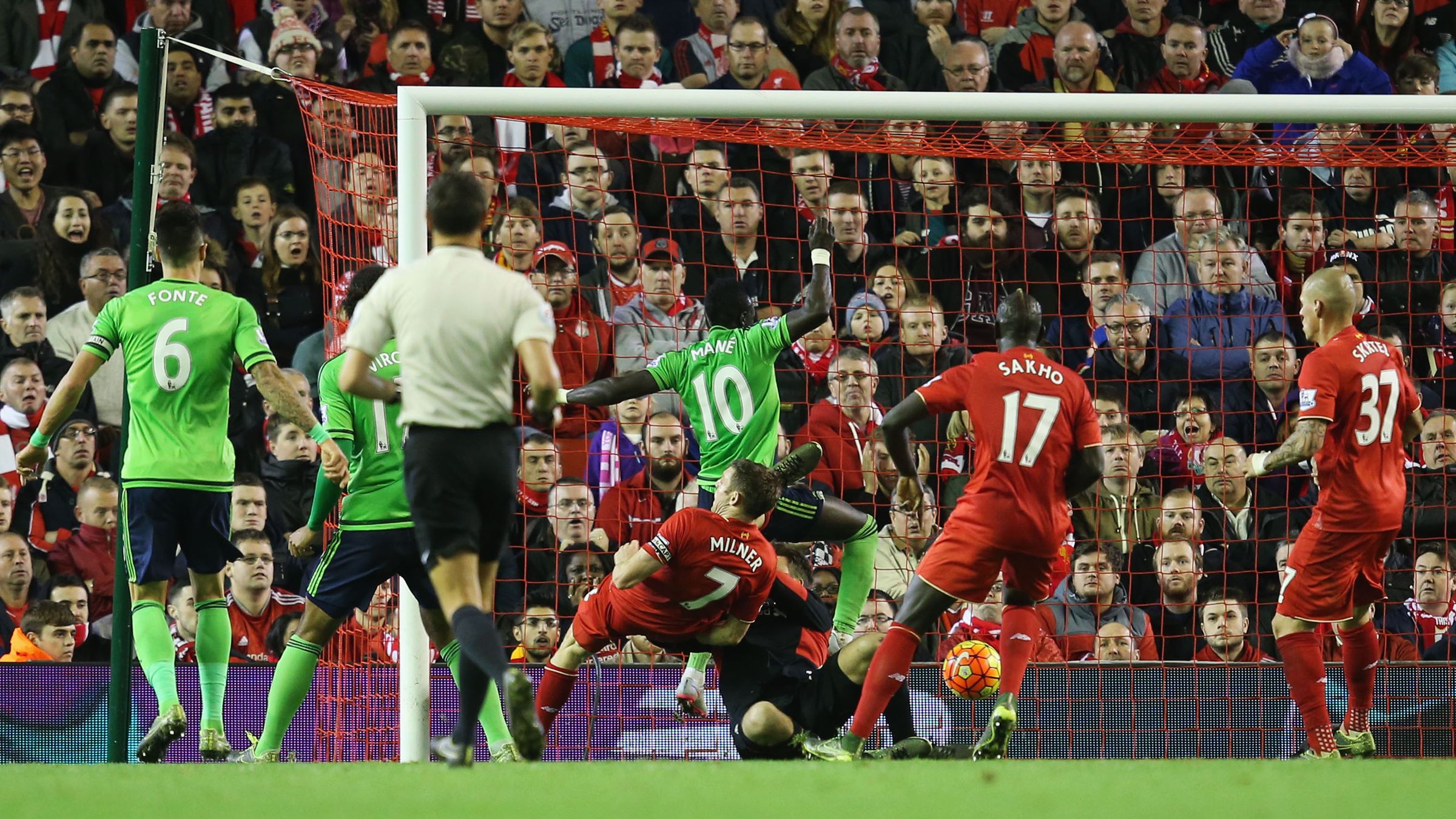 An entertaining first half saw few clear chances, Virgil van Dijk;s header saved by Simon Mignolet at the near post when he should have gone across goal. For Liverpool, and Alberto Moreno wildly shanked the host's best chances but made an important last ditch tack when Mané had broken into the box in the second half.

Much had been made of both team's high-pressing game, but there wasn't a huge amount of this on display on the first 45 minutes with the game surprisingly open. Liverpool had the lion's share of possession throughout but Southampton defended well and looked dangerous on the counter.

Ex-Saint Adam Lallana was taunted throughout by the travelling fans for being offside on several occasions with Liverpool unable to break Southampton down. He only lasted 60 minutes before being hooked for Roberto Firmino, who looked sharp, but it was the industry of Milner that was Liverpool's greatest threat.

The second half provided more chances with Benteke's arrival adding bite to Liverpool's attack. In contrast, Graziano Pellè had an ineffectual game for Southampton, isolated in attack and failing to provide anything but the occasional knock down.

Despite the continued difficultly in so-called grudge matches, there were plenty of positives for Ronald Koeman's men including a solid defensive display with the back four looking a impressive unit. Virgil van Dijk was again immense both at the back and in possession - making the most passes in the game with 42, and playing with class and composure.

Going forward, Juanmi and forgotten man Ramirez provided a spark from the bench and must start in mid week against Aston Villa.

Mané's absence in that game may prove a blessing in disguise if the Southampton squad get chances to play as here they lacked creativity for most of the game.