Share All sharing options for: Berahino volley sinks Southampton at The Hawthorns

The Englishman volleyed home after Maya Yoshida only half cleared a long West Brom free kick.

Once again, Southampton were awful in the final third, with Tony Pulis setting his team up to defend the edge of the West Brom box. And that they did, with the home team edging a poor game - Berahino's classy goal aside.

Of the few chances that Southampton did create, forward Graziano Pellè spurned, with the Italian totally bereft of confidence and composure - and without a goal in 12 games.

With James Ward-Prowse on the bench, Morgan Schneiderlin went close with a couple of free kicks, yet Ben Forster wasn't truly tested in the 90 minutes.

On a frustrating afternoon for Southampton, the home side scored early and defended well. Referee Phil Dowd was replaced by Graham Scott at half time due to injury, yet both men allowed West Brom to waste time from the third minute, much to Ronald Koeman's annoyance.

In truth, it was West Brom who could have scored more, with Brown Ideye having a shot blocked and Darren Fletcher blazing over late on. 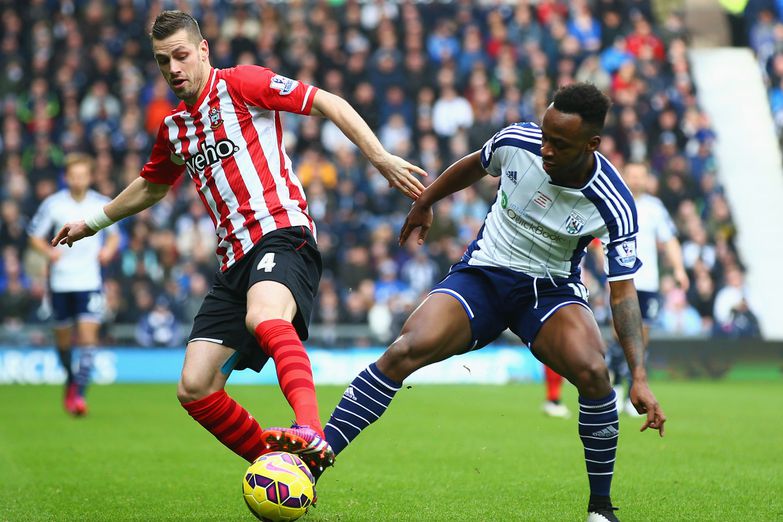 Ryan Bertrand played well on his return following suspension, fizzing several crosses across the box - but Southampton was again found wanting. Dušan Tadić continues to look frazzled, and Eljero Elia and Sadio Mané struggled to get into the game. While Saints started with width, the removal of Florin Gardoș early on saw the visitors switch from playing three at the back to four.

The result leaves Southampton in fifth with Man Utd pulling away after winning at Sunderland. The performance raises further questions about Southampton's ability to break down teams.