Southampton secured a narrow victory over QPR at Loftus Road in a dramatic finish to a dire game of football.

Sadio Mané was again the hero for the Saints, hammering the ball into the top right corner deep in injury time. Beating the offside trap, Mané showed great strength in receiving Maya Yoshida's pass under pressure before dispatching the shot beyond Robert Green.

QPR had the ball in the goal at the death, only for it to be chalked out for offside with the ball hitting Nedum Onuoha on the way through.

The victory sees Southampton return to third, above both Tottenham, who beat North London rivals 2 - 1 in the early kick off, and Man United, who play tomorrow.

Mané's goal secured the points in what was a dull game that Southampton controlled without ever looking like scoring.

While they were the better team throughout, the victory came at a cost with Matt Targett stretchered off early on after jumping for a ball with Matt Phillips; Florin Gardoș replaced him with Maya Yoshida moving out to left back in Ryan Bertrand's absence.

Mané and Eljero Elia looked the most likely from the off, with the former playing in Elia six minutes in with a great ball from deep. The Werder Bremen loanee should have done better, dinking the ball over the onrushing Robert Green but wide of the goal.

QPR had little, with Joey Barton and Phillips wasting half-chances and Adel Taarabt looking lively in the first half. In the second, Mauro Zárate posed a threat but there were few true opportunities throughout for both teams.

With Graziano Pellè again looking laboured, Mané impressed - knocking the ball past Hill and toe-poking it past the post off Green before half time. José Fonte volleyed against the bar from the resulting corner with the outside of his boot, but that was the closest that Saints came to scoring until injury time.

James Ward-Prowse's delivery was again a highlight, as was Fraser Forster's reaction save from Barton after the Englishman hit a shot through a crowd of players. That Morgan Schneiderlin and Victor Wanyama returned will no doubt please Saints fans. 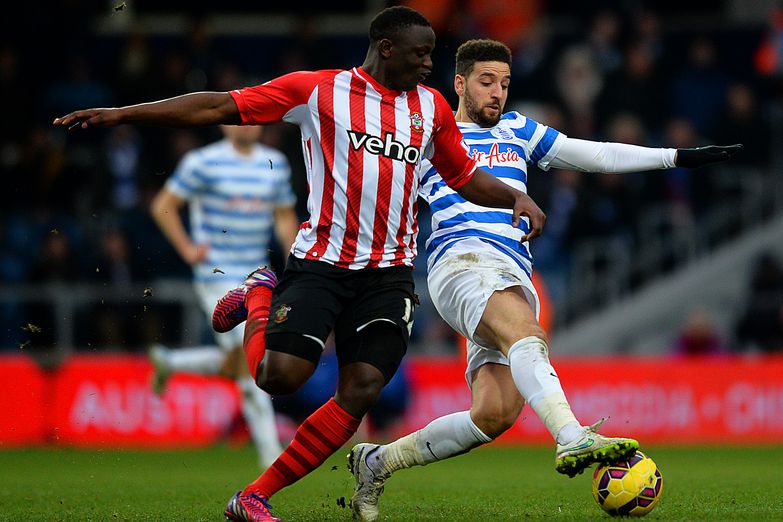 The victory masks what was another blunt performance, with Saints creating fewer chances than in the defeat to Swansea last weekend. Fans will hope that Targett's injury is OK, and that the team can rediscover some form in front of goal before conceding ground to their rivals for European qualification.