Southampton beaten 2 - 1 at Sunderland as visitors concede first two penalties of the season.

Share All sharing options for: Saints slump to Sunderland defeat

Sunderland earned a vital 2 - 1 win over Southampton at the Stadium of Light this afternoon. Jordi Gomez's two penalty kicks were enough to see off the visitors after Saints conceded their first two penalties of the season.

For the visitors defeat meant that Liverpool moved four points clear of them with Tottenham playing tomorrow.

Costel Pantilimon disgraced himself but earned redemption with a late point blank save from Graziano Pellè. The Sunderland goalie had earlier gifted Sadio Mané a tap-in just seconds after his side had edged in front.

With the Black Cat's goalie colliding with his defence in his attempt to deal with a regulation long ball, Mané profited before nearly returning the favour minutes later. Sunderland nicked the ball in midfield with Jermain Defoe unable to capitalise on Mané's dilly-dallying.

Conner Wickham and Graham both had chances scrambled away in the dying moments of the first half, with veteran goalkeeper Davis getting down well to deny Sebastian Larsson's free kick.

While hardly a classic performance from Sunderland, they will not care that sloppy Southampton gifted the game to them. Despite the visitors carving out several good chances and bossing the play, they were beaten by a team who wanted it more with a poor second half display.

Filip Djuričić, on for Shane Long at half time, should have done better after being gifted the ball by way of a misplaced Sunderland pass. Instead, the Serb shanked his shot from the edge of the box wide as he struggled to get into the game.

The decisive moment came ten minutes after the break. Jermain Defoe was played in on goal by Graham's pass and the retreating Ward-Prowse clattered into the former England striker. Mike Jones flashed a red and Gomez netted his second gift of the afternoon. 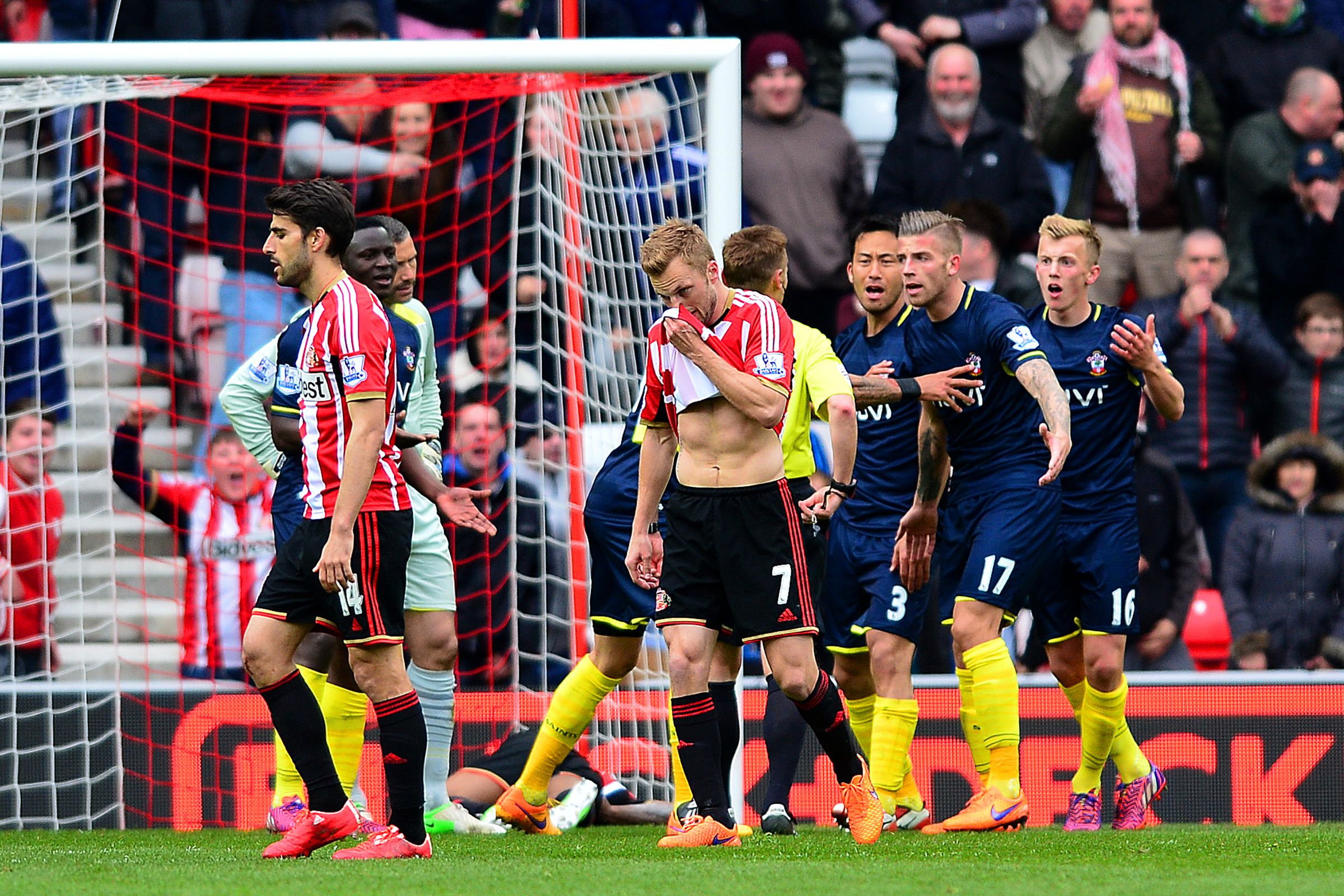 Although the penalty seemed fair, the red card looked harsh seeing as Defoe appeared not to have the ball under control.

From then on the game fizzled out a little, the home team exuding a calmness which they have been lacking this season. Southampton helped them through their wastefulness though, Pellè and Djuričić unable to bury the half chances they had as the game wore on.

Late drama saw Pantilimon save substitute Santiago Vergini's blushes with a strong arm denying Pellè. The Romanian will sleep a lot better tonight after making up for his part in Saint's goal as the relegation battles hots up.

Meanwhile, Southampton will now look to Champions Man City to beat Tottenham tomorrow and Aston Villa at St Mary's next weekend. With Europa League dreams still not secure Ronald Koeman must ensure that his team's season does not peter out.