Saints embarrassed at home to Everton

Share All sharing options for: Saints embarrassed at home to Everton

Southampton were left stunned after losing three-nil to an Everton side that they turned over by the same scoreline last December.

It leaves manager Ronald Koeman with questions over the balance of his team after another summer of sales and a potential Europa League campaign to contend with. The visitors bullied Southampton throughout, who look vulnerable having had their defence ripped apart through departures and injury.

With Frazer Forster and Ryan Bertrand sidelined and Toby Alderweireld, Morgan Schneiderlin, Nathaniel Clyne and Jack Cork having moved on ,Southampton look suspect at the back and Everton took full advantage of their soft underbelly.

Young fullback Matt Targett - again positionally exposed throughout the game - took one for the team early on, fouling Lukaku who bulldozed past Cédric Soares on the touchline. A good foul rightly adjudged to be outside the box by referee Michael Oliver, who had a superb game. 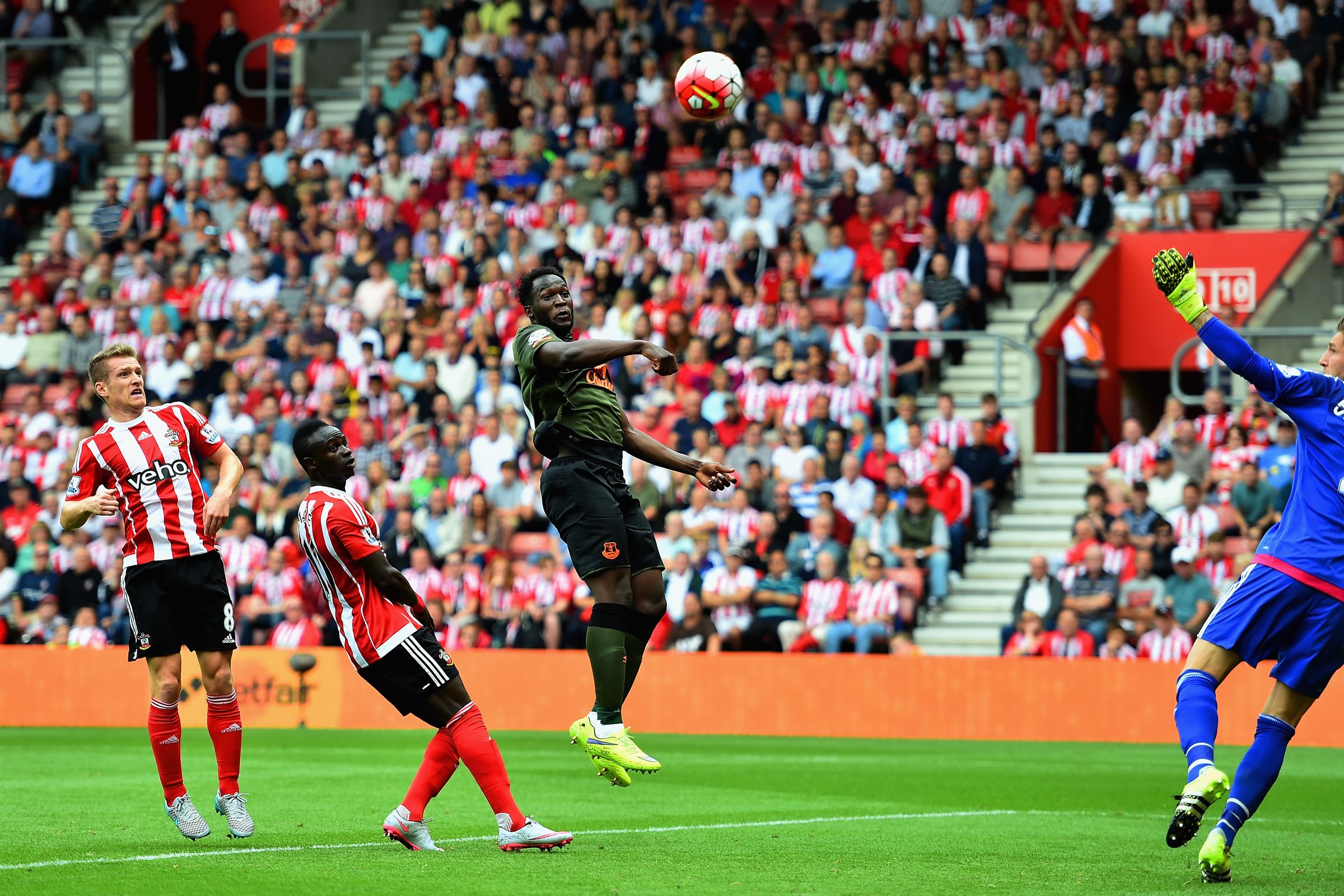 Tom Cleverley should have doubled the scoring minutes later with Maartin Stekelenburg making two good saves, the second of which fell to the former Man Utd midfielder in the box, who shanked it wide.

Southampton briefly came back into the contest with Sadio Mané and Graziano Pellè failing to add a cutting edge to their nice interchanges. Then, after Dušan Tadić wildly over hit a cross - like he did all afternoon - Lukaku added his second before half time.

Everton stole the ball on the half way line and Barkley's delicious pass fed Lukaku, the striker slotting home his second after barging straight through Saint's weak defence.

Saints upped the pressure in the second half, replacing the hapless Tadić with Oriol Romeu, who immediately added some grit to the home side's midfield. Barely thirty seconds after being introduced the Spaniard cut down James McCarthy on the edge of the Toffee's box and was rightly carded.

On rolled the second half with Pellè and Victor Wanyama guilty of wasting free headers in the box as Southampton continued to demonstrate their lack of composure from set pieces - a worrying trend in the last 18 months. With Southampton's forward line shut out by excellent Everton defending throughout, the home side will envy the organisation and compact nature of Roberto Martínez's men.

The third goal came when Seamus Coleman found Barkley inside the Southampton box, with the Englishman leaving fullback Soares on his back and Stekelenburg well beaten as he curled in a shot past the Dutchman into the far corner.

Three-nil may have slightly flattered the visitors but it was a true lesson in ruthlessness in attack and stubbornness in defence as Southampton were kept at bay by a team who were twice as solid on the day. With Ronald Koeman's men timid from start to finish the Merseyside team outfought the Southerners with Lukaku dominant and Barkley imperious in possession.

Although the season is only two games old Koeman will hope for his semi-injury crisis to pass quickly. Otherwise, a more expectant St Marys crowd may begin to bemoan how last season's astounding defence was decimated and their replacements taking time to settle. With the manager this week having to deny that captain José Fonte would be sold to Aston VIlla, he will want a demand a quick turnaround from his team.

All is not lost though, as Southampton looked promising up top despite not scoring here. Both Pellè and Mané were only denied by excellent defending and looked lively with Jay Rodriguez getting more minutes following his injury.

At the back and in central midfield though, Southampton have serious problems in what begins to look like a challenging season.