Southampton were held to a nil-nil draw at Vicarage Road in a dull display.

Southampton secured their second point and first clean sheet of the campaign in a dull draw at Vicarage Road.

With Ronald Koeman opting for a 352 formation the Dutchman will be satisfied to see his team rediscover some of last year's defensive strength.

With apparent want away Victor Wanyama partnered by Oriol Romeu in front of a back three, it was Captain José Fonte who stood out for the visitors in what was a scrappy, unenjoyable display.

For all of Saint's good organisation at the back, they created very little going forward and lacked cohesion. Romeu may have seen red on another day after needlessly coming through through the back of Étienne Capoue in the second half. Other than that the recent signing brought more steel to Saint's recently open defence.

In a game of few chances, Watford were unlucky not to be ahead at half time, with Odion Ighalo failing to turn in Ikechi Anya's cross despite being in a good position.

Continuing a sad recent trend of hitting long balls up to Pellè, Saints offered very little other than a couple of glancing headers in the first half. Shane Long, on for the concussed Sadio Mané barely twenty minutes in, should have done better after tearing down the right hand side. Looking up, he saw no one in the box, beat a defender but his tame toe poke was easy for goalkeeper Heurelho Gomes.

Soon after and it was Deeney who Saints had to thank with Holebas's thunderous drive hitting into his team mate, Southampton were slightly fortunate to be level at half time. 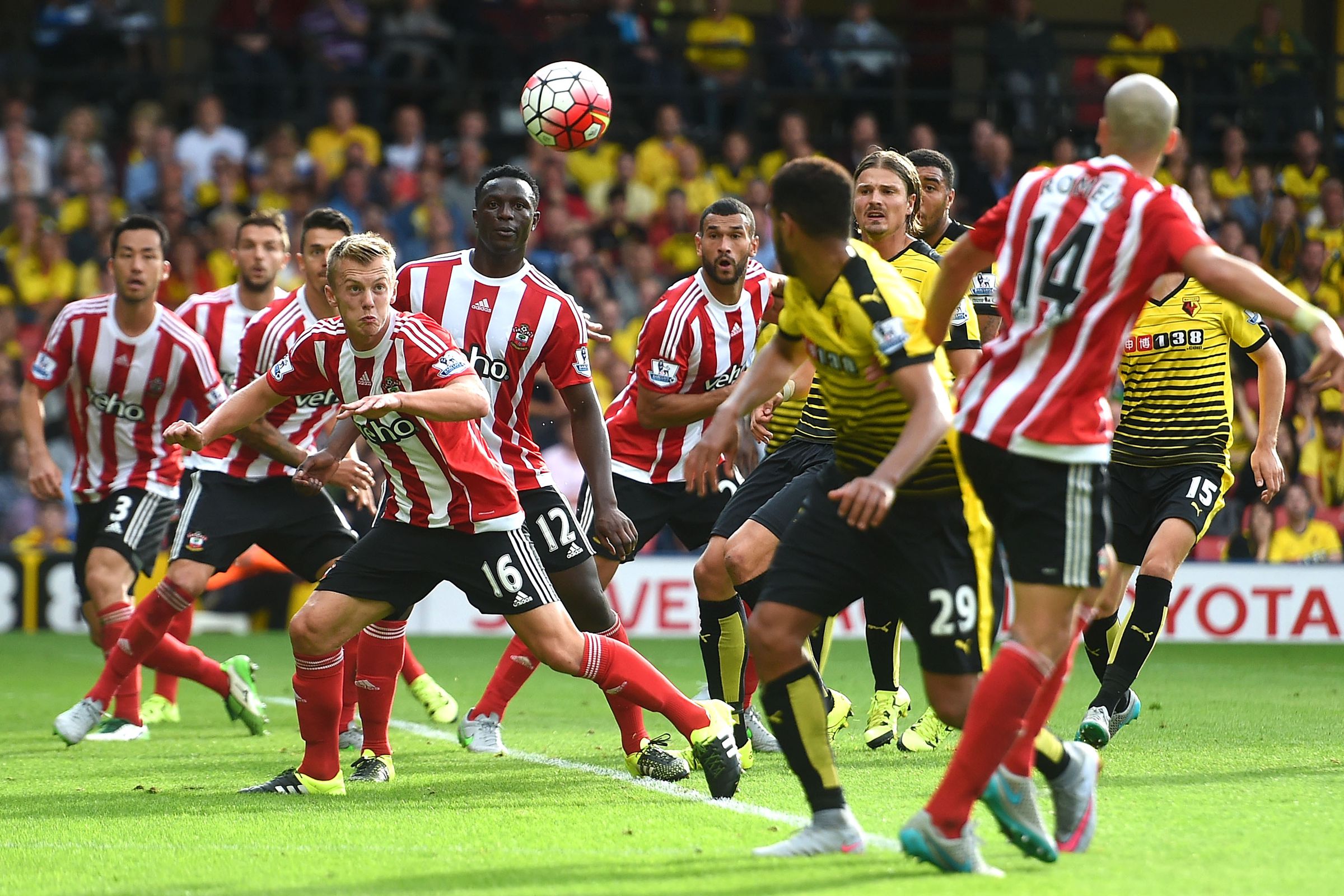 The second half saw little improvement with Watford the more impressive team.

Ighalo's touch ten minutes after the restart took a cross away from Troy Deeney, who worked tirelessly as Watford's lone striker with scant reward. The best chance of the game was wasted by Capoue, who headed over Alessandro Diamanti's corner from barely a yard out.

Saints rode their luck at times but rallied late on after Koeman substituted the ineffectual Graziano Pellè for Jay Rodriguez. Yet, in games towards the back end of last year Southampton created little apart from some long range efforts from Wanyama and Cédric Soares. Shane Long came closest but lacked composure, blazing one shot wildly over after cutting inside from the left hand channel.

Neither side did enough on the day and will be pleased with their defence's display. Saints now look to a crunch midweek tie in Denmark where they must defeat a stubborn FC Midtjylland side. Failure to do so will surely see any early season optimism quickly replaced by frustration.