Southampton lose 3-2 in thriller at St Marys thanks to Yoshida back pass and De Gea brilliance.

Manchester United edged out Southampton in a five goal thriller at St Marys, with Anthony Martial and Graziano Pellè both grabbing braces.

Despite the forward's goals, it was Man Utd goalie David De Gea that ultimately made the difference, with several top saves including one world class stop from José Fonte's second half header.

Sadio Mané forced a save from De Gea but Pellè  was on hand to hammer the home team ahead. It was a deserved lead given the home side's fine start to the game.

Man Utd looked on the rack and scored while Southampton looked to be in complete control. 19 year old Martial showed amazing composure thirty four minutes in, turning Virgil van Dijk in the box and slotting home United's first shot to equalise just after the half hour mark. Juan Mata was fortunate to have not been flagged offside in the build up but the classy finish from Martial could not be denied.

Southampton took the foot off the gas with United asserting more control during the middle phase of the game. Then, barely four minutes after half time came a moment of disaster for Maya Yoshida, selected to play at right back to handle Memphis Depay ahead of specialist Cédric Soares. The Japanese player toe poked a tame back pass that fell well short of the goalie with Martial racing through to slot the ball past Maarten Stekelenburg.

The away team continued to control the game, but were saved just before the hour mark by David De Gea's amazing stop. Captain Fonte met Dušan Tadić's cross with a powerful header, and the United keeper reached behind him to deny the Portuguese with his left hand - a world class save from the man whose deadline day departure to Real Madrid fell through at the last minute.

Man Utd's third came in yet more fortuitous circumstances, Memphis Depay's shot rocketed back off the post with Mata calmly stroking in the rebound. Manager Ronald Koeman then threw on Shane Long and decided to go all out, yet the visitors monopolised possession well.

Saints displayed good determination to come back at United though, with Pellè's bullet header setting up a tense final five minutes. The Italian buried Mané's cross with De Gea then making good saves from Tadić and Victor Wanyama late on. 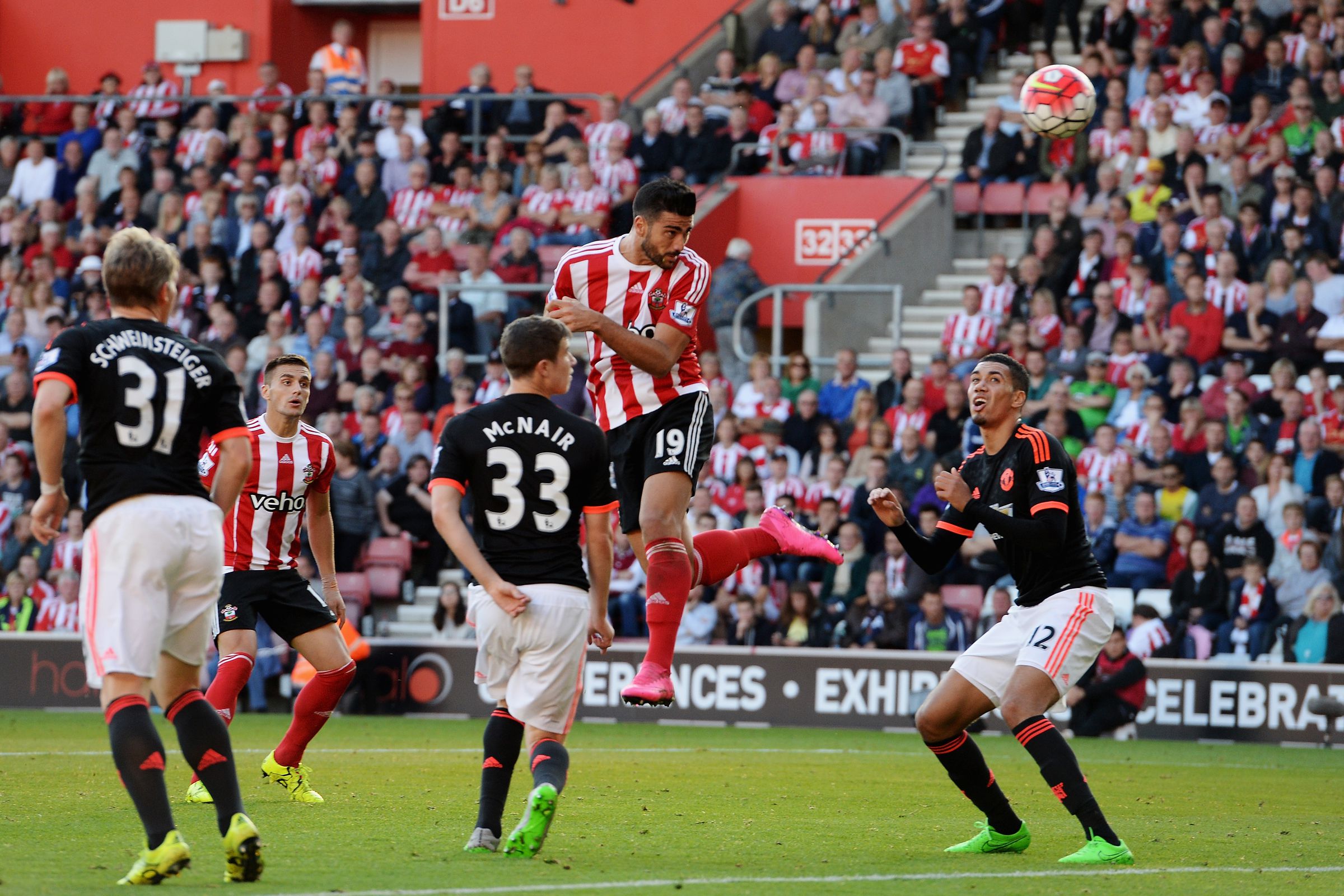 Southampton pushed right until the final minute but could not make the breakthrough. In an exciting game it was the brilliance of De Gea and madness of Yoshida that decided the contest.

Manager Ronald Koeman may rue his decision to play Yoshida at right back and De Gea's awesome goal keeping display, but will be otherwise pleased with his side's attacking performance. Southampton were far more creative than they have been in recent weeks with all of United's goals coming fortunately and United's keeper in fine form.