Saints ease past West Brom thanks to Ward-Prowse double

Share All sharing options for: Saints ease past West Brom thanks to Ward-Prowse double

James Ward-Prowse led Saints to a three-nil win this afternoon in a dominant home display.

Man of the match Ward-Prowse scored with two first half set pieces before substitute Dušan Tadić added a third in the 71st minute. In what was a great day on the south coast, Fraser Forster kept another clean sheet since returning to the side while new signing Charlie Austin watched from the stands.

Southampton lined up in the same 453 formation that defeated Watford in midweek, and asserted their authority throughout. Although Oriol Romeu and Jordy Clasie were unlucky to be rested, Victor Wanyama and Ward-Prowse bossed the midfield and didn't allow West Brom a sniff in the entire 90 minutes.

It was the young Englishman Ward-Prowse who put Southampton ahead just five minutes in after Sadio Mané was fouled outside the box. Up stepped Ward-Prowse, who bent his stunning free kick into the top left hand corner leaving Boaz Myhill with no chance.

The first half continued with Saints dominating the ball and looking comfortable at the back. Matt Targett and Ryan Bertrand continued to display their productive understanding down the left wing, and it was down this side that the second goal was earned.

Shane Long expertly picked out Targett's run into the box, with the academy graduate brought down by Craig Dawson and the ref showing no hesitation in pointing to the spot. Up stepped Ward-Prowse to send Myhill the wrong way and double his first team tally for Southampton. A deserved lead for a commanding half, albeit one that presented Saints with few sights of goal. 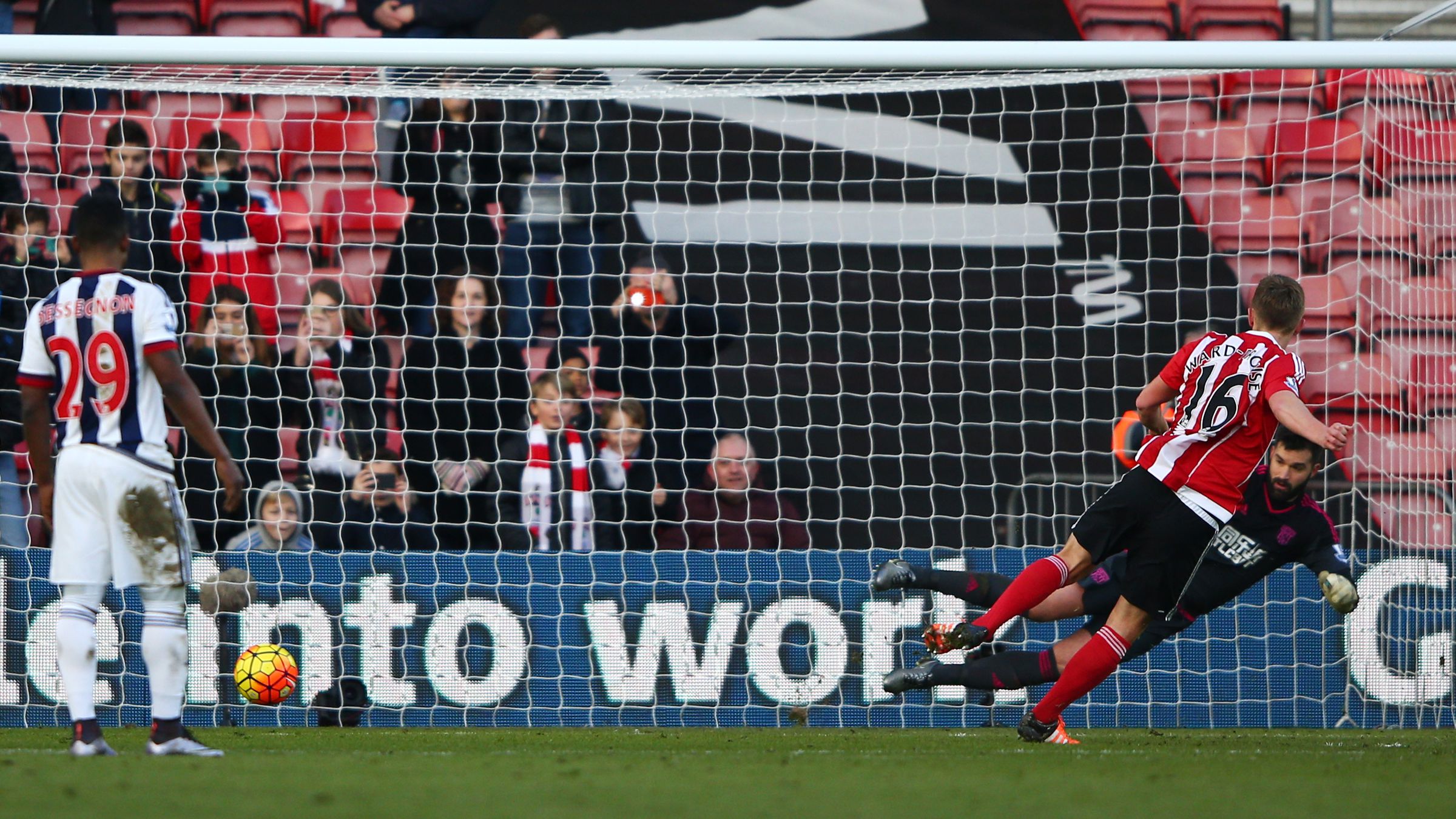 The second half continued along similar lines to the first, with Long and Mane troubling the visitors with their pace and dynanism. Quick interplay saw the Irishman leaping to find Mane, whose return ball was just cut out by the defence on the hour.

Long and Tadić were both denied further chances before the substitute finished things off in the 71st minute, finishing from a tight angle following the immaculate Steven Davis' cute pass.

With tributes to Rickie Lambert ringing around St Mary's, West Brom's attack were snuffed out by Southampton's assertive back line, who didn't threaten Southampton all afternoon.

Graziano Pellè and Austin sat in the stands looking on, and both may wonder how they will get into the side given how effective Long and Mane have looked as an attacking force in the last few games. With the academy in rude health and confidence renewed following Forster's return to action, Southampton look well placed to climb further up the table in the second half of the season, having moved into tenth position this afternoon.

What a difference a week makes in football. Roll on Man Utd next weekend.