Southampton's record signing Sofiane Boufal scored a peach on his full debut, sending Saints through to the quarter finals of the EFL Cup

Sofiane Boufal's wonder goal was enough for Southampton to see off Sunderland at St Marys this evening.

The Moroccan forward's fine strike ensured Saints of a one-nil home win and a quarter final place in this year's EFL Cup in just his third game and first start for the club.

The goal - and some exciting footwork - aside, the game was a dull affair, with neither team looking particularly threatening for most of the match.

Southampton lined up with a much-changed team, with five academy graduates starting. Jay Rodriguez was forced off the field due to concussion before the half hour was up, with Olufela Olomola coming on for his debut too.

Jack Stephens was handed his first team start, as was Boufal, having came off the bench at Man City and Inter. And it was the Moroccan who looked the most threatening with his immense skill. Yet, neither team could fashion a real chance until the second half.

The second half saw little improvement, with passes going astray and both teams rather toothless. Alex McCarthy almost gifted a goal from a poor pass out, and Patrick van Aanholt's free kick was smashed over the bar from a promising position, but Sunderland offered as little threat as Southampton.

Just after the hour, Maya Yoshida's header mistakenly found Duncan Watmore, but he could only blaze over, as both teams showed poor composure whenever they found themselves in good positions. While no players were exceptional, the young Saints players emerged with credit, with Jack Stephens and Harrison Reed particularly effective. 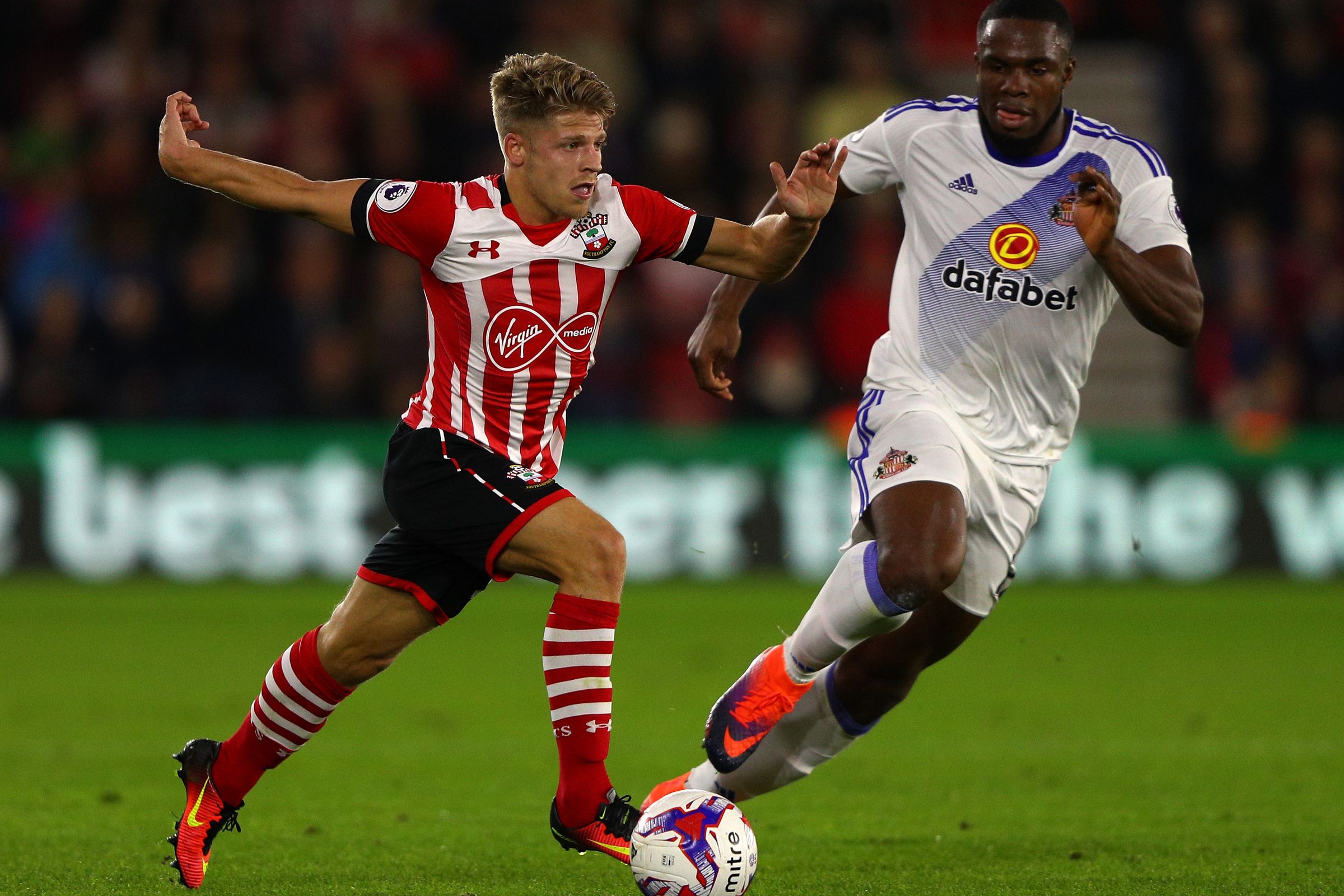 The only real moment of quality though, came in the 65th minute from Southampton's record signing Boufal. The forward collected a long pass from José Fonte on the left of the box, cut in and found the top right corner beautifully. The Moroccan had been kicked all night, but stole the show in only his third appearance for the club.

Fonte later survived a handball shout in the 70th minute that was probably more ball to hand, before Sunderland threw Jermain Defoe on to try to salvage something. With 15 minutes to go, McCarthy made a smart save from the veteran England striker, who probably should have done better from a slight angle. He was fed in after Southampton lost the ball in a poor position close to their own goal, but Defoe's shot hit McCarthy square in the chest.

Saints saw the game out well, with David Moyes being sent to the stands by referee referee Chris Kavanagh in extra time. The Scotsman, furious that a penalty shout was not given, no doubt feeling the pressure with his team still without a league win this season.

Southampton now turn their attentions to Chelsea, who were beaten at West Ham this evening having given several first team players lots of minutes. They will head into that game full of confidence, knowing that they have a special Moroccan talent in their ranks.