Southampton beat West Ham 1-0 this evening, playing for more than half an hour with ten men after Victor Wanyama saw red for the third time this season.

The Kenyan was deservedly given his marching orders after coming through the back of Dimitri Payet with his studs showing after sloppily failing to control the ball. Yet, West Ham couldn't break the stubborn Saints down with the home side keeping their fifth straight clean sheet following Fraser Forster's return to the team.

Southampton started well, finding joy in wide areas and pressuring West Ham in their half. The first chance fell to Cédric Soares, found by Shane Long's cross with the Portuguese ghosting into the box - his header was well saved by Adrian though.

Then, on the ninth minute, the much maligned Maya Yoshida poked home from close range following rare displays of incisive play from Victor Wanyama and Sadio Mané.

Restored to the team with Matt Targett unfit, the Japanese defender was slightly lucky to have not given away a penalty on 22 minutes, accidental catching Enner Valencia. With control in the wide areas, Saints looked vulnerable to the ball over the top but the penalty would have been harsh with the trip innocuous and accidental. 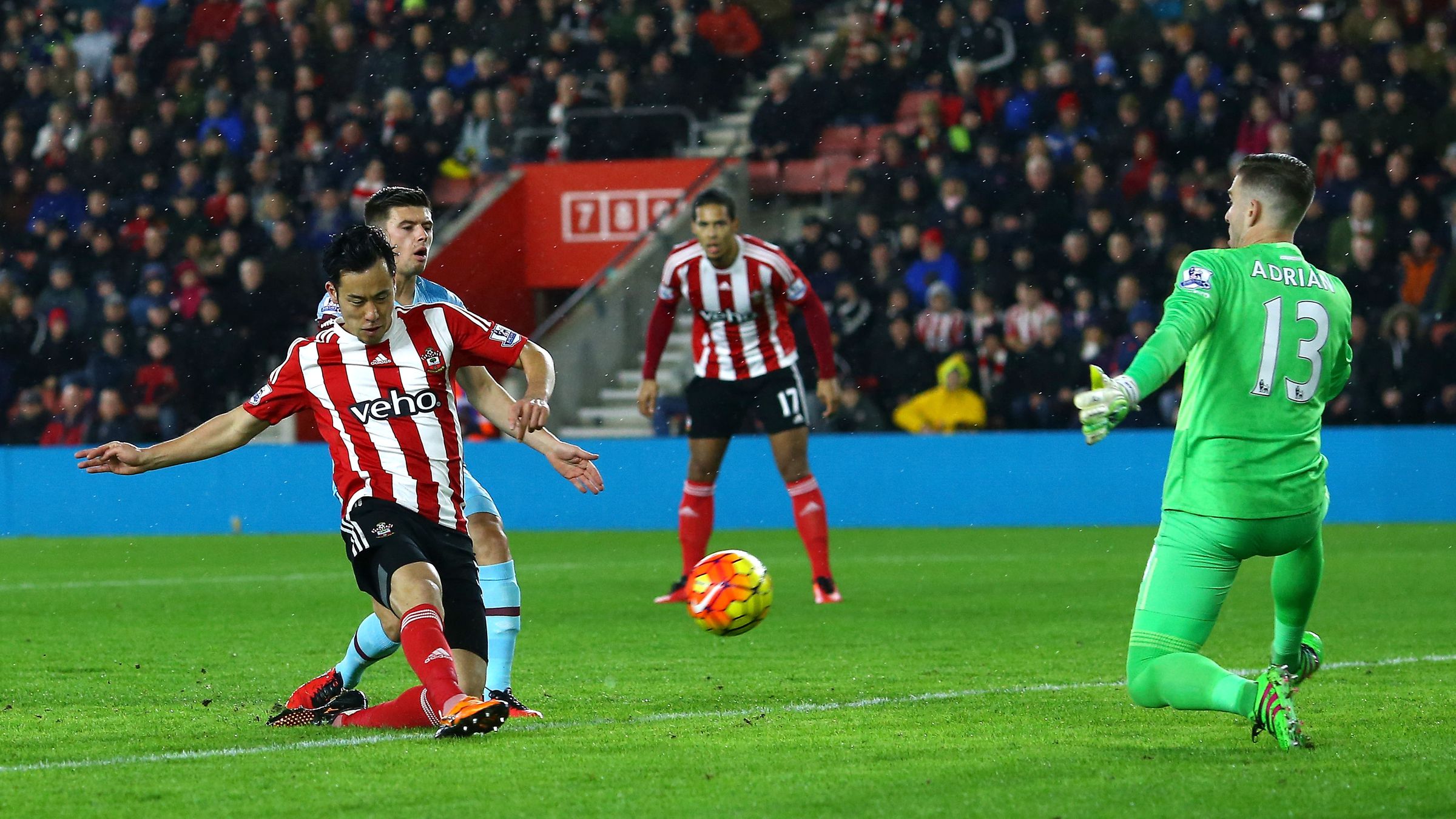 Graziano Pellè nearly bundled in Bertrand's free kick, before Fraser Forster made a top reaction save from Winston Reid just before the half hour mark, with Wanyama gifting a needless free kick. The Kenyan tripped Payet by the touch line, with the Frenchman's excellent cross met by Reid but Forster unbeatable.

West Ham worked themselves back into the half following Saint's dominant opening, with the visitors shading the possession at half time.

The second half was set alight with Wanyama's foolish red, but the Kenyan can feel aggrieved in the way that Payet rolled around like he had been shot despite there being little contact. Valencia and Sam Byram should both had been sent off by the standards that Mark Clattenburg set in dismissing Wanyama, with the Irons forward matching the Saints midfielder's tackle almost exactly, but only seeing yellow.

Yet that did not matter, with the home team showing the defensive solidarity that has seen them climb up the table.

In truth, West ham were poor, with Alex Song, Andy Carroll and Valencia all wasteful and Payet unable to unlock Saints with an intrepid display. Both Long and Charlie Austin should have buried the visitors too, with the latter fed beautifully by the dancing feet of Oriol Romeu, yet the former Poole Town forward sprayed his shot wide.

There were some awkward moments in the closing stages, with Cédric nearly scoring an own goal and Captain José Fonte surviving a tenuous hand ball appeal. Southampton though, came through the night with flying colours, with Virgil van Dijk putting in a superb display with Jordy Clasie and Romeu solid and Long his usual tireless self.

Wanyama will miss five games now, but Romeu, Clasie and Ward-Prowse deserve their chance in the middle with Steve Davis also coming back and the Kenyan likely to move on in the summer. Saints moved back above Liverpool into seventh, and look a new team since the New Year. With players returning to full fitness and confidence high, Saints could yet match the giddy heights of last year.