Southampton slipped to their second loss on the trot, losing two-nil to a vastly superior AFC Bournemouth on the night.

Southampton lost two-nil to an impressive AFC Bournemouth this evening, thanks to two set piece goals from their South Coast rivals.

AFC Bournemouth started like a house on fire, overpowering Southampton and having some seven corners to the visitor's none in the first half.

Ritchie's fierce low shot and dribble past Ryan Bertrand set the tone as the home side dominated the first half, showing verve and energy while Saints struggled to even get out their own half.

Both sides wasted half opportunities in the first period, with referee Mike Dean blowing for nearly every slight infringement committed by either side. It was through this that Bournemouth's goal arrived, with José Fonte trying to usher the ball out of play when he would have been wise to stick it into row z. Instead, he fought with Joshua King, who forced the foul from the Saints Captain.

Ritchie's sharp cross was clawed away by Frazer Forster, with the ball falling into the path of Steve Cook who acrobatically put the rebound in from four yards. A deserved lead for the Cherries' first half blitzkrieg. 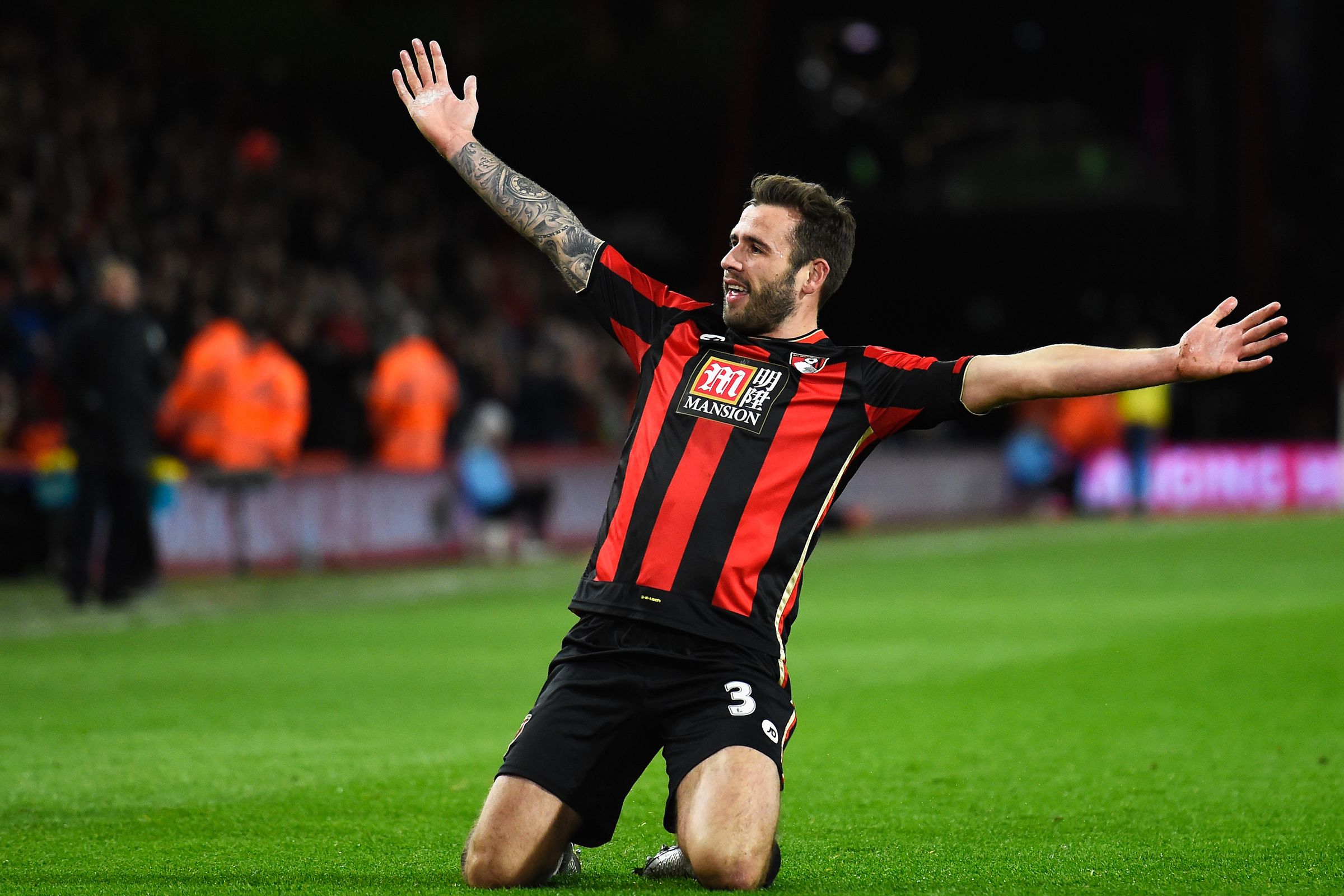 Ronald Koeman responded instantly by pulling Maya Yoshida off for Steven Davis and converting back to a 344, such was the home side's dominance in the wide areas especially.

Odd scenes saw the half brought to a close early with fourth official Kevin Friend suffering a fall, Dean Treleaven replaced him having attended the Dean Court game as a guest.

Southampton looked more comfortable after the extended break, but the home team were resolute in defence. Yet any promising play was sloppily thrown away by Saints with misplaced passing, foul throws and offsides stifling the visitors with Bournemouth offering no quarter.

Charlie Austin was replaced by Graziano Pellè on the hour mark, but chances remained at a premium despite the Italian linking up play well in Bournemouth's half. Dušan Tadić was introduced on the 69th minute, but was again only able to offer up half chances - putting in a couple of inviting crosses but nothing more than that.

With Southampton struggling to create, Virgil van Dijk was very harshly penalised for a no-contact foul. Ritchie's cross was again sublime, with Forster rooted to the line and Afobe stealing a run on van Dijk and heading in from close range.

With two double defensive errors costing them, Southampton could hardly complain about any weak refereeing - Bournemouth deserved their win from the off showing more aggression, creativity and energy.  Saints will now assess injuries to Long and Austin, along with the right combination for the weekend's visit to Sunderland. A third loss in a row would not be welcomed following the side's recent form.