A late strike from Virgil van Dijk saw Southampton earn a draw to Sunderland at St Mary's this afternoon.

A share of the points was about right, with both sides squandering several chances. Southampton skipper Fonte was handed a straight red for bringing down Fabio Borini with the striker having broken beyond the Saints' back line on the 80th minute.

Southampton edged a somewhat drab first half, but both teams had chances to score. Ryan Bertrand had a fantastic game, going close from a tight free kick and delivering several crosses and marauding down the left all afternoon.

Graziano Pellè's snap shot on fifteen minutes was the first real chance of the game, with van Dijk's header from a Steve Davis corner straight at Victor Mannone and Oriol Romeu unable to poke home from close range on more than one occasion.

Despite Saints doing much of the first half pressing, it was Sunderland who went closest following defensive misjudgements from the home side. Jack Rodwell should have done better after being fed by Patrick van Aarnholt and Wahbi Khazri nearly caught Fraser Forster out with a looping 35 yard free kick - the post saving the Englishman's blushes.

The second half saw Southampton continue on the front foot, but struggling to earn shots on goal and Sunderland threatening at the other end. A mix up and on-pitch argument between Dušan Tadić and Davis demonstrated how Saints are a team on different wavelengths going forward at the moment.

Borini caused the home side problems all game with his pace and direct running - smashing a clearance well over the bar on the hour mark with former Portsmouth striker Jermaine Defoe entered the fray then too.

And it was the Englishman who broke the deadlock in the 85th minute, beating the offside trap to slot home from close range. 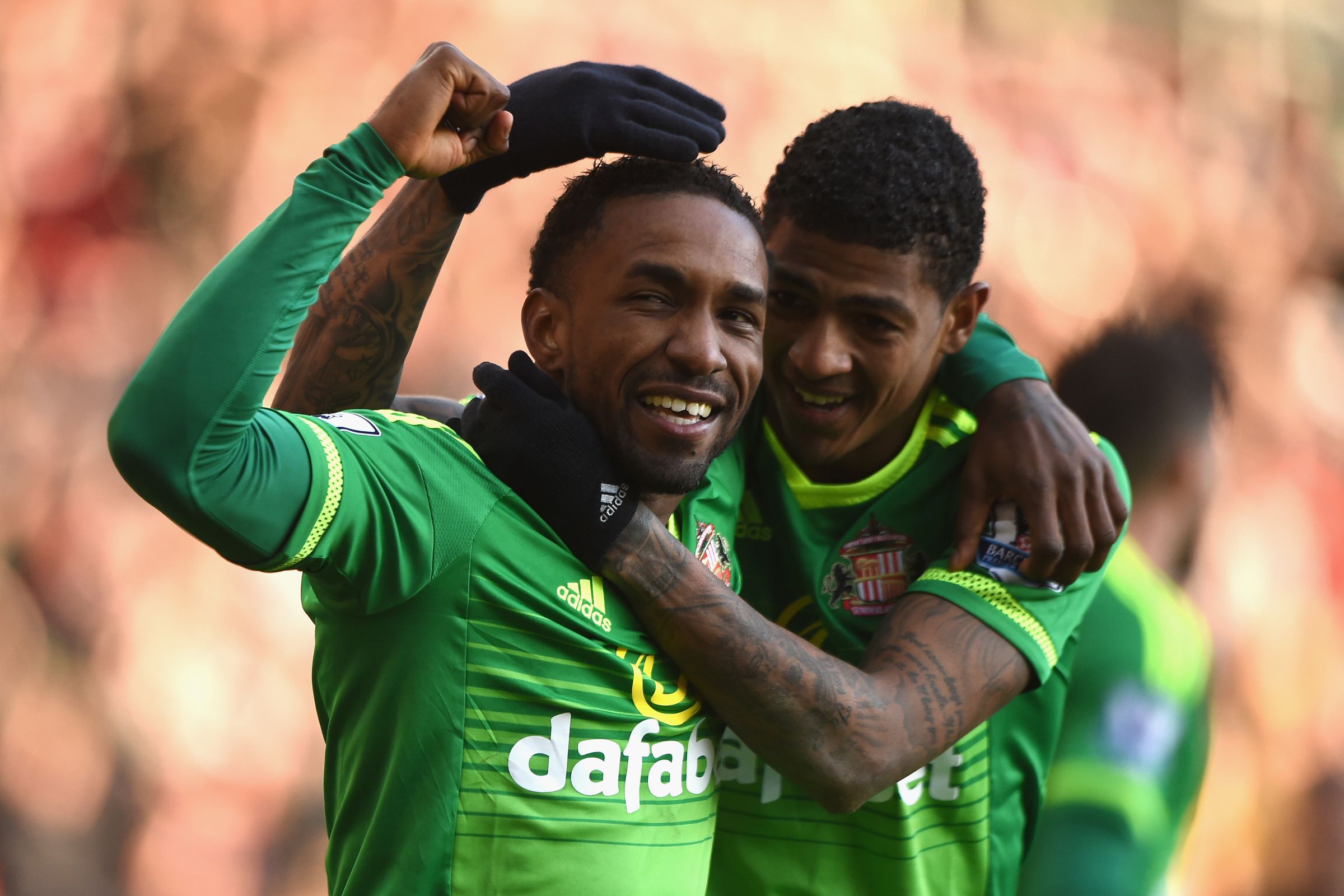 With Southampton pushing but unable to create anything meaningful, it was defender van Dijk who salvaged a point for Southampton after he collected Tadić's pass to hammer home from 7 yards deep into stoppage time.

It was the result the performance deserved, with Southampton showing flashes of class but lacking killer instinct when it mattered. Graziano Pellè gave a much improved performance, bringing others into play and playing the simple ball straight away. Yet, Saints barely looked like scoring with the Sunderland box congested and build up play rarely incisive and Cuco Martina, Romeu and Pellè wasting the half chances that they had.

With José Fonte now suspended, Southampton must travel to Stoke needing to overtake the northern club in order to keep their European chase alive.