Southampton battered a woeful Newcastle 3-1 at St Mary's this afternoon, leaving the Magpies staring at relegation.

Southampton looked to have all but relegated Newcastle this afternoon, brushing aside a woeful Magpies team 3-1.

Goals from Shane Long, Graziano Pellè and Victor Wanyama put Southampton three goals ahead, before Andros Townsend's trademark strike clawed one back for the visitors.

Despite an expensively assembled squad and Rafa Benitez managing the team, Newcastle were awful throughout and are now likely to be playing Championship football next season.

Southampton came out of the blocks flying, and scored just four minutes in following comical Magpies defending. Long played a quick one-two with Pellè and easily sliced through the rearguard before slotting home.

Jordy Clasie's curling free kick beat everyone but went behind, before Long wasted a chance after being fed by Wanyama; Dutchman Clasie looked handy on the set pieces in the absence of Steven Davis.

Dušan Tadić had a shot blocked on 26 minutes, before again demonstrating his inability to take chances early much to the crowd's displeasure. 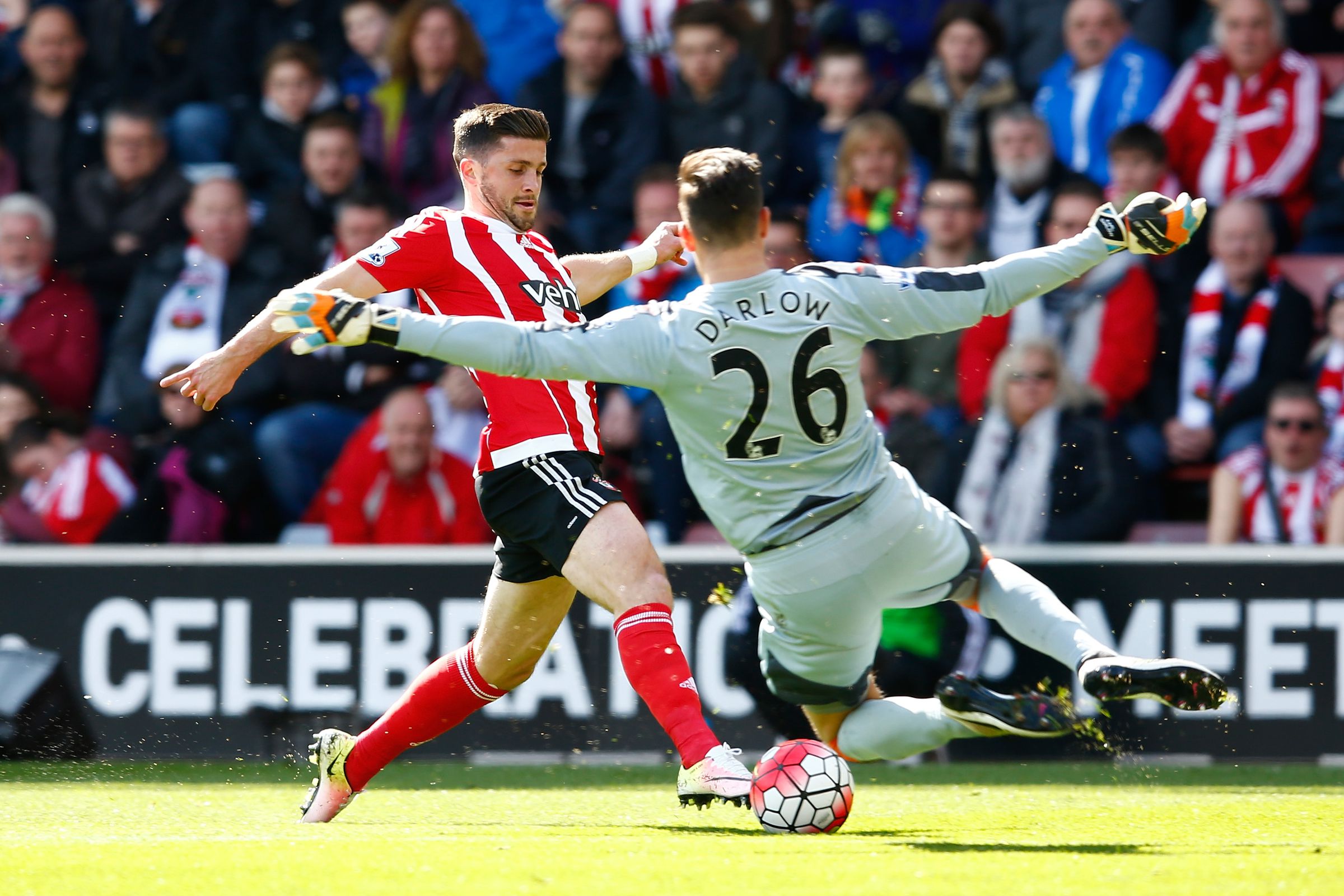 Long continued his recent fine form, latching onto another Pellè flick and breaking at pace into the Newcastle box before the ball was cut out.

The second goal came five minutes before half time when Mané raced across the pitch with Daryl Janmaat slipping while attempting to intercept the ball. Long fed Pellè, who buried ithe chance despite falling over before the ball arrived. Janmaat was then substituted due to injury, adding to his and Newcastle's embarrassment.

To say that Newcastle offered very little would be kind - they were awful, only winning a couple of free kicks but wasting them and looking very much like a team going down. Half time stats of one shot off target no corners to Southampton's six showed the gulf in class.

Things did not improve for Benitez following the break either, with Jamaal Lascelles replacing Steven Taylor at half time due to injury, and Southampton continuing to dominate the visitors in the second half.

Former Newcastle goalie Fraser Forster's sliced a clearance to Moussa Sissoko early on, but he was unable to trouble the England goal from 40 yards out, shooting well wide.

Aleksandar Mitrovic's air shot on 54 minutes summed up his afternoon, and resulted in Townsend winning Newcastle's first corner, which came to nothing. The visitor's first shot on target came nearly an hour in, and was as harmless as the Magpies were for the vast majority of the match.

Southampton pressed on in utter comfort with the third goal coming from a corner and Yet more woeful defending. Mané danced into the box with the ball eventually landing at Wanyama's feet via Fonte's blocked effort with the Kenyan sweeping home.

Shane Long left the field on the hour mark for James Ward-Prowse, as Southampton continued to pile on the misery before Andros Townsend scored out of nowhere. The January signing drifted in from the right and drove a shot beyond Forster with 25 minutes left, but Newcastle didn't even look like mounting a comeback.

Pellè, who linked up play superbly all afternoon, should have buried a header after being fed by Cuco Martina before the Italian fed in Mané. In keeping with the forward's season he showed a lack of composure in curling an effort past the post when he had better options open.

Jay Rodriguez came on to rapturous applause with five minutes to go, after sitting out for months with a foot injury after missing an entire year's action before that.

Oriol Romeu had a shot fly wide of the goal, before Jonjo Shelvey's mistake saw Pellè feed the Spaniard with his header going well wide. Mitrovic had the ball in the back of the net late on but was rightly ruled offside and Southampton run the clock down well to secure a comfortable win.

Newcastle lacked any real desire throughout and look every bit as though they are to be relegated - something that their large, loyal fan base have become all too familiar with in recent years. Southampton, on the other hand, closed the gap on West Ham to two points and may yet sneak into the Europa League.

The season is not over yet.