As the Premier League spirals towards even greater commercialism, Southampton face yet another close season of high turnover. With economic realities biting and the club forced to consistently rebuild, what chance do they ever have of 'doing a Leicester'?

Share All sharing options for: How the Ronald Koeman saga exposes the grim reality of the Premier League

From next season the Premier League's latest TV-related income bonanza kicks in, bringing with it even greater sums of money than the eye watering amounts already splashing around the League. Then, the bottom placed club will receive just shy of £100m combined domestic and overseas TV rights packages.

Great, right? For the likes of Southampton, unfortunately not. Despite that £100m sum being equal to the reported transfer war chest that appears to have enticed Ronald Koeman to Everton this summer, Saints again look likely to have to rebuild. Ronald leaving aside, Southampton will undoubtedly be again losing key players, thanks to the club's operation of a Moneyball system of management that means that every player is available for transfer, providing that the fee is above their perceived market value. Meanwhile, Everton, a team unable to offer European football next term and whom Southampton have vastly outperformed in the league for consecutive seasons, appear to have enticed Koeman up north for one reason alone - money. Money talks, so the saying goes, despite new TV riches and Southampton's owner being reportedly more wealthy than Everton's new one; clubs like Southampton - rightly or wrongly - cannot compete, even with a third rate club like Everton have been in the last few seasons.

Of course, it has been like this for a while. Ever since Sky came along and the modern Premier League was born in the early nineties, such has been the Monopolisation of the Premier League by the top clubs that, Leicester's miracle aside - success is inextricably linked to money spent more than any other factor. Yet, as many an old football fan will tell you, it wasn't always like this. Gone are the days where footballers resembled normal people and advertisers and TV scheduled interfered with the very fabric of the game.

For all the romancing, noone denies that the standard of the game has improved beyond recognition, thanks to everything that increased finances has brought with it - from the technological and scientific through to the mediated access and much else besides.

Yet, as we Saints fans sit here on the eve of a third consecutive summer of upheaval, Ronald Koeman's departure to newly cash-rich Everton brings some of the negative aspects of modern Premier League football into sharp focus.

He was supposed to be different, people have said of Ronald, after the manager repeatedly told us that he would see out his contract as he had done previously with other clubs . Perhaps the club have acted to let him go now and get someone in more committed to the project, perhaps we were simply naive to believe that there is a single individual whose decisions are not almost exclusively motivated by finances. The truth will, eventually, come out in the wash. We hope.

Where this leaves Southampton is yet to be seen, but it will likely fall somewhere between when Mauricio Pochettino scarpered to Tottenham following Nicola Cortese's departure two years ago and when that same man sacked Nigel Adkins 18 months prior to that. What is certain though, is that Southampton will need to reinvent itself yet again after the unwanted and unexpected departure of key personnel at the club. The main concern is about who could be following Ronald out of the door win a repetition of the Great Mass Exodus of 2013. Wanyama appears to be next, although he has wanted out for a while and is going to a top team who fought for the League last year and are in the Champions League next term. 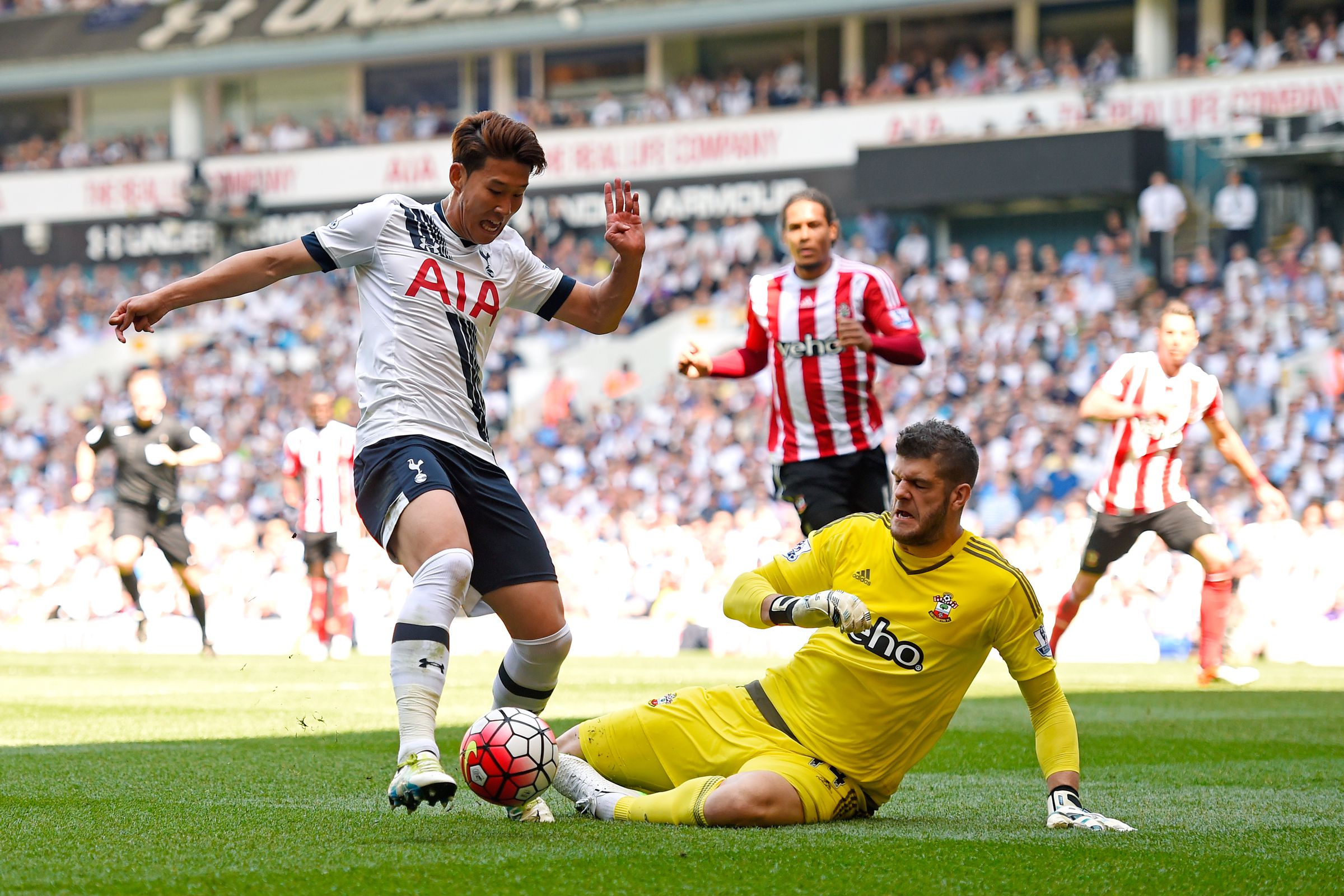 Where this leaves the new 5 Year Project is anyone's guess, but the omens do not look good considering Koeman's repeated evocation of that word that has plagued many a Saints fans' summer for the last few summers: Ambition. Clearly, Southampton competing with Everton in a financial sense is something of a non-starter, despite Katherina Liebherr's own immense wealth, the accepted logic is that we cannot, or, more likely, will not, compete with the big guns, or Everton.

That The Toffees are not, or rather, have not been in twenty plus years, one of the big boys is even more depressing than the stream of players leaving our club for our current day rivals Spurs and Liverpool. Despite Everton's fan base and history, Southampton's recent league performances and European football qualification reveal something utterly depressing about the state of modern football; money really is everything.

While Southampton and Everton fans arguing over who is the bigger club is pathetic and misses the point. As Matt le Tissier mentioned on Twitter "modern football is about the here and now" and right now, most neutrals agree that Southampton are the more attractive proposition. Ancient history is either besides the point or totally relevant, depending on which of the two teams you support, but the bitter feuding between the two sets of fans on social media points to one of capitalism's other nasty side effects: conflict and hostility. Here the modern game starts to unravel due to the fact that the size of a club in modern times relates to one thing: finances.

A few things are likely to have swayed Ronald to Everton: his astronomical salary, huge backing in the transfer window and greater assurance over player retention. Southampton are simply not run like that, and as much as that is painful to accept, that is somewhat necessary. Southampton recently topped an organisational services maturity chart as the best run club in the Premier League (Everton came second, but it will be interesting to see how that changes when they start throwing cash around) because they are a well run club that lives within its means.

One interesting aspect of the methodology used to create this table relates to 'potential to improve', with the club's overall, long term strategy at the heart of the analysis. Clearly Southampton has immense room to improve with their medium sized stadium and low commercial income.

Southampton avoid taking financial risks, investing in its youth academy, not overpaying for players and employing a Moneyball approach to transfers. That means that every player has a price and that high player turnover is likely.

The way this graph epitomises modern capitalism though, is in its rewarding of risk in terms of clubs success - the addiction to boom or bust and short termism. Southampton have most certainly encountered the bust in recent times, having clawed their way back to today's heights after multiple relegations and administration. The club's hierarchy will undoubtedly point to this and the reinvention of the club under the late Marcus Leibherr, his daughter Kat and Cortese as reasons to be cheerful. Southampton simply do not play the risk game, adopting for constant renewal and not engaging in bidding wars which only serve to drive up prices for personnel. Southampton invest in youth, facilities and adopt a Moneyball approach to the way their club is run in terms of personnel - buying undervalued gems from unfashionable leagues and selling them on for vast sums of cash. Only Tottenham have earned more from player sales in recent years, and that is mostly down to the world record fee received for Gareth Bale, a Southampton Academy product who's sell on clause was given away when Southampton's financial need was great. It's a similar story for the likes of Walcott and Oxlade-Chamberlain who were taken cheaply before their time.

It's in these examples that the current Southampton board seem to have learned - when players leave, all Southampton can do is get maximum value for them. Why so many players seem to want to leave, though, is anyone's guess. Clearly anyone leaving this summer for a club like Everton cannot realistically claim to be doing so for ambition, the answer appears to be, like everything else these days, financial. 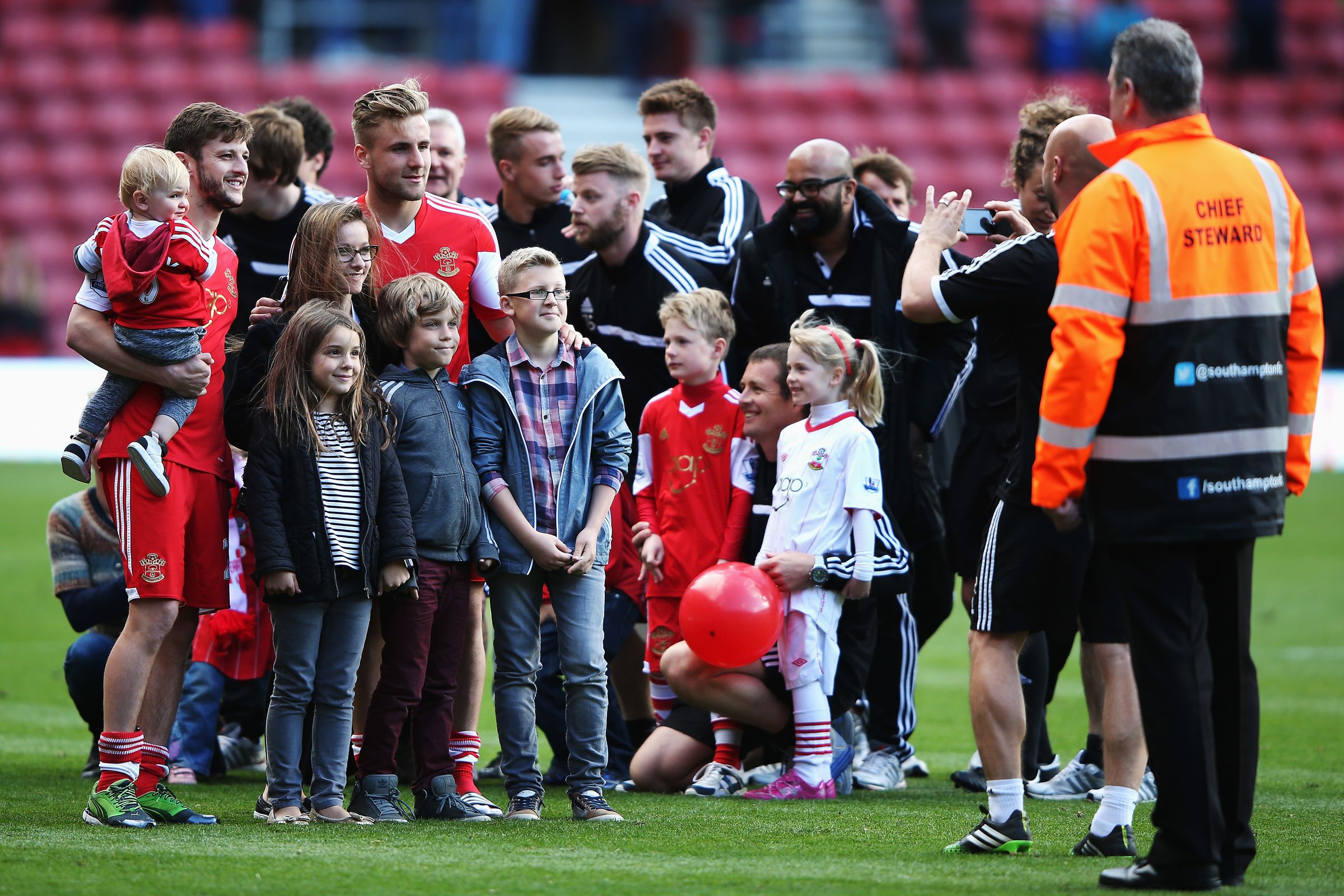 Ambition and European football are often cited as reasons for players to leave, and Southampton fans have come to accept that. The suspicion is that money plays more of a role than those players care to admit, but that has been unproven until now with Ronald passing at the chance of taking Saints through a European campaign.

Loyalty is non-existent in capitalism, with everyone a mercenary to the highest bidder. That is the bitter truth Saints fans now have to swallow. Indeed, loyalty cuts both ways in football with players sold if a sufficient bid is made or if they are under performing with managers hastily sacked for similar reasons. Something that exacerbates this problem epitomises modern capitalism perfectly is unbridled, unrestricted free trade - neoliberalism's defining quality. Without caps on wages and transfer fees, and financial fair play being watered down to the point of non-existence, greed and underhand tactics like tapping up reign supreme with those at the top monopolising the league in terms of finances, players and success.

That success breeds ever greater financial reward operates as a virtuous cycle when it comes to poaching of players from clubs further down the food chain, with smaller clubs taking risks on unproven players, improving them, and selling them on as soon as other clubs take notice. Southampton have epitomised this in recent times, successfully too, but that finances dominate to such an extent places severe barriers to the chances of Southampton doing a Leicester City. Indeed, even a club who has won the league appear to look unlikely to keep their squad intact. 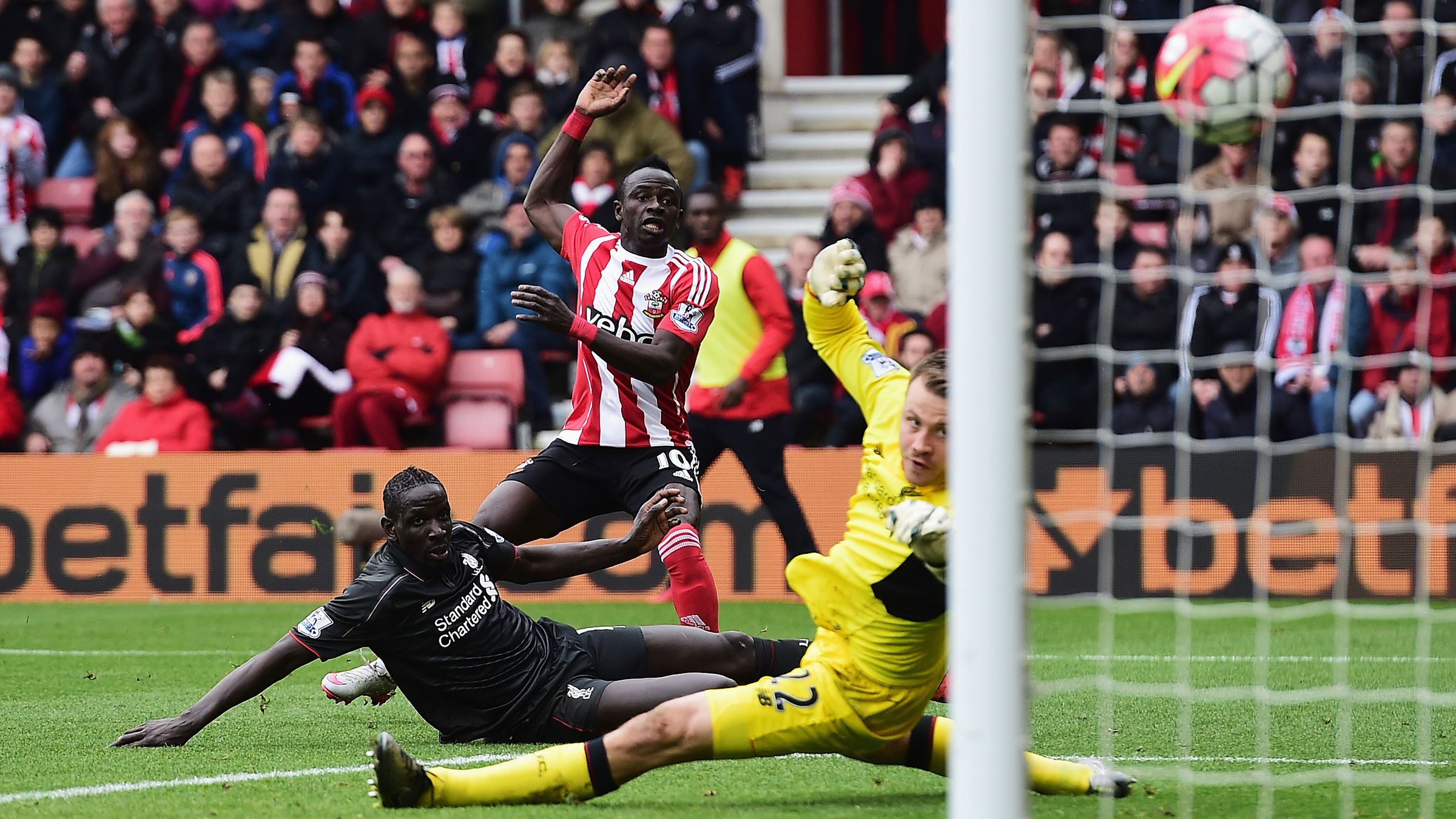 Leicester's league win, you would have thought, would make their players more likely to stick around and enjoy increased wages, a European tour and legendary status. If they can't keep players, who can?

Money flooding into the game has raised the standard of of play and enriched clubs like never before. Yet, within a hyper competitive environment where teams are at war with each other, those at the top have never enjoyed such a dominance of the tools required to succeed. If Southampton cannot compete with Everton's cash now, will they ever be able to?