Share All sharing options for: Saints still winless after home draw to Sunderland

Southampton are still winless this season after coming from behind to draw 1-1 at home to Sunderland.

Goals from Jermain Defoe and Jay Rodriguez - reportedly on the verge of a loan move away from St Mary's - saw a game drawed that will do nothing to quell unrest among fans whose team are still finding their feet under Claude Puel.

Former England striker Defoe earned and took his penalty with ten minutes left in the game, nipping ahead of the sluggish José Fonte and turning the defender who obliged Defoe's cunning move with a lazy challenge. It was not the Portuguese's first such challenge in what was a distracted performance from the European champion.

Rodriguez levelled proceedings five minutes later, dispatching a flowing move reminiscent of Arsene Wenger's Arsenal, whom Claude Puel is understood to be a student of. Substitute James Ward-Prowse expertly turned his defender to feed in Rodriguez, who fired a shot underneath the otherwise impressive Jermain Pickford. Southampton dominated possession and looked incisive in patches, as they continue to adapt to Puel's diamond system.

Both Dušan Tadić and later Nathan Redmond excelled in the number 10 role, with the Serbian feeding passes into the likes of Charlie Austin throughout the game with the forward still a little rusty despite making great runs in behind all day long. Redmond later took up the mantle, driving at the Sunderland defence and looking like good creative option going forward.

Southampton started the match well, with Austin either unable to break the offside trap or caught dropping off when he should have driven on into the box. Pierre-Emile Højbjerg, Tadić  and Matt Targett combined well throughout, but Southampton failed to make their start count. Sunderland should have taken the lead through Lamine Kone, who headed wide while under little pressure just six yards from goal. Southampton's first half then descended into an abhorrent display, and were lucky to not have been punished by the visitors.

The second half was much more positive for Saints, with goalkeeper Pickford keeping out efforts from Redmond and substitute Shane Long, who looked bright after he came on. An Adnan Januzaj dribble aside, stopped by Fonte, Southampton looked comfortable and may feel unlucky to have not won the game. Targett nearly scored from a free kick, and Rodriguez was agonisingly close to meeting a cross, but the pressure was to no avail.

Defoe's 80th minute penalty was something of a sucker punch, with Rodriguez's equaliser welcome relief for the men in Red and white. 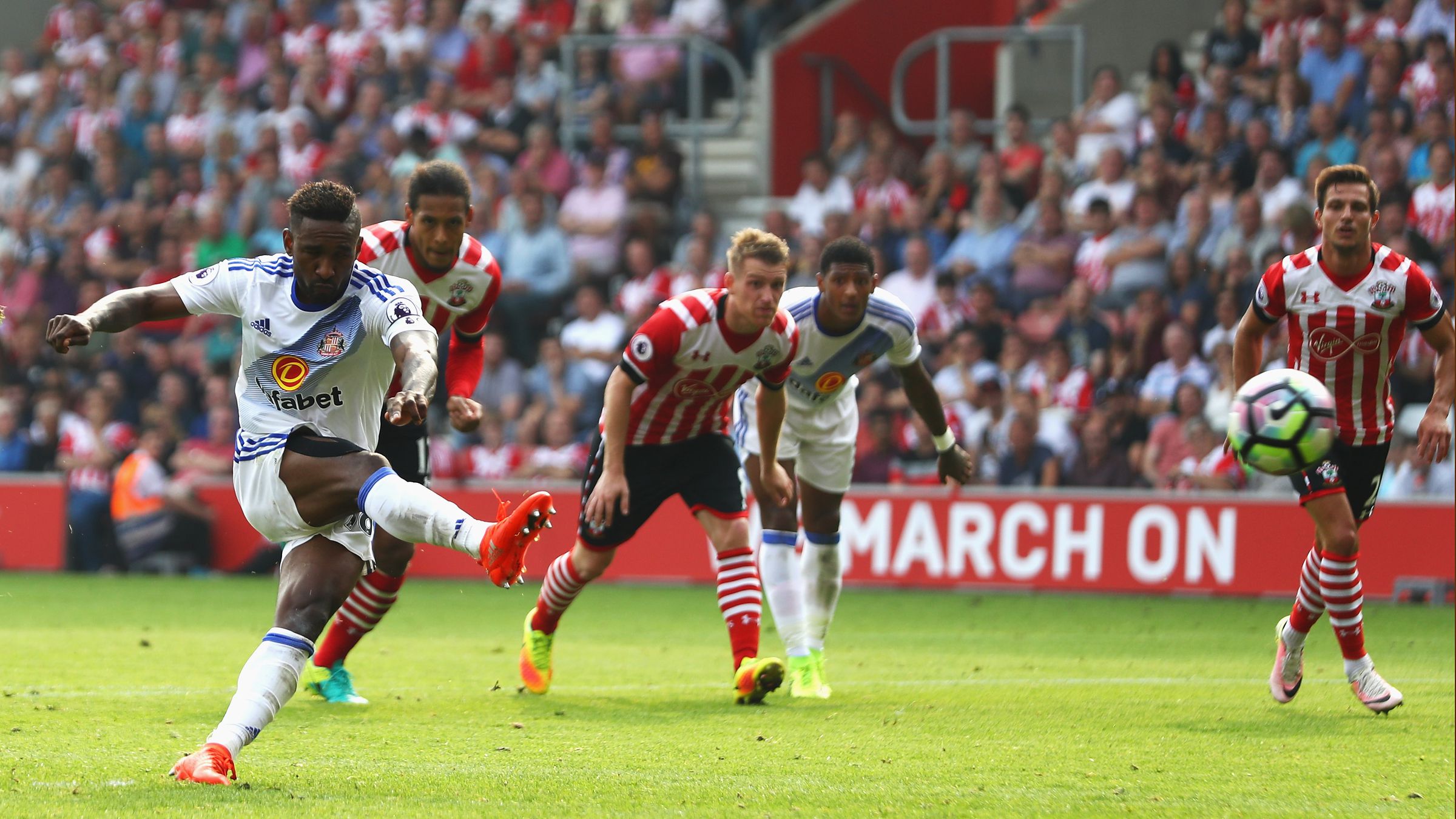 Both sides chased the game late on, with neither able to settle the contest. Despite it being disappointing draw, Southampton look to slowly grasping the new diamond formation, creating more chances than in their previous games and looking incisive through Redmond and Tadić.

Højbjerg  again looked the part, while Oriol Romeu continues to grow into Victor Wanyama's shoes in front of the back four. Yet rustiness up top and Fonte's sluggish return means that there is plenty of work to do.

With a Europa League campaign on the horizon and still winless this season, Southampton must click soon. The imminent signing of Sofiane Boufal may provide a needed spark to a team lacking in cutting edge currently.